A recession in the US or the world in 2023 may not be most people’s baseline forecast, but the stakes are enough for investors to position themselves accordingly at the end of the year.

However, the stock and bond markets seem to be sending mixed signals.

Wall Street is intent on bouncing back from any decline, and it’s up 15% from its October low. The VIX implied volatility index hit a three-month low of 21.45 on Tuesday and has now fallen for five straight days, the longest streak of declines since May.

The earnings growth forecast for next year continues to decline, but around 4%, still in positive territory. Valuations are down but still above long-term averages.

Equities did not take into account the consequences of higher interest rates. It is true that Asian stocks have depreciated much more in nominal and relative terms, perhaps in part due to the huge valuation disparity against the dollar this year. 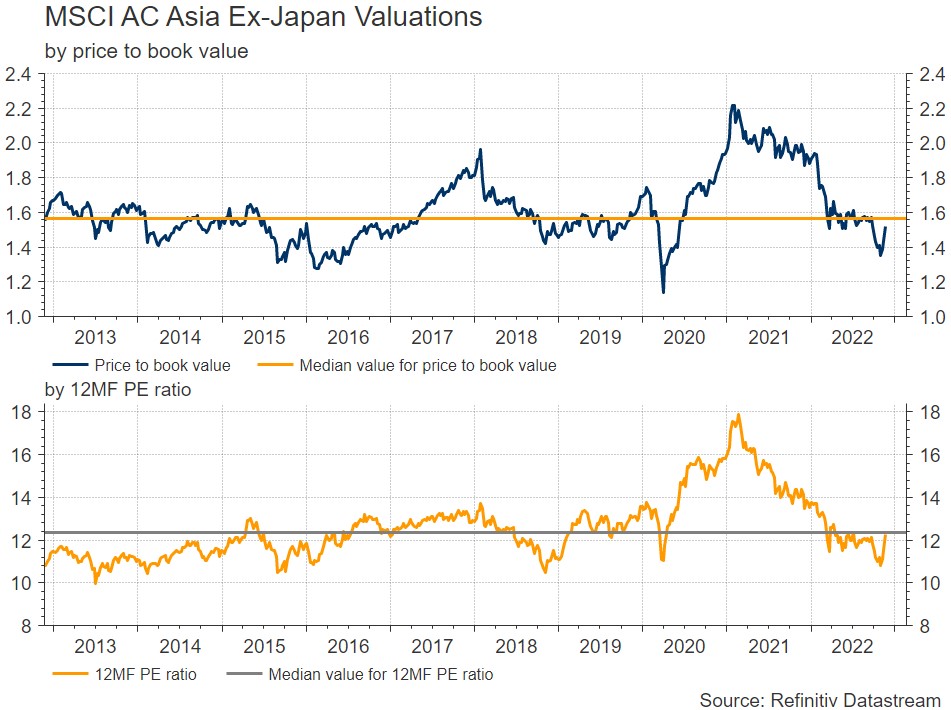 The MSCI Asia ex-Japan Realized Volatility Index is more than double the average over the past 20 years, and has only been higher for three episodes in the past 10 years – China’s mini-assessment in 2015, the COVID-19 epidemic in 2020, and Russia’s invasion of Ukraine This year.

But if Wall Street continues to rally, as it did again on Tuesday, Asia will follow.

Compare that to fixed-income securities, where the entire yield curve in the US, from one month to 30 years, inverts in some parts like never in 40 years. Approximately 50 basis points of Fed rate cuts are expected in the second half of next year.

Bond market volatility has eased slightly in recent weeks, but remains at an all-time high – the three-month US Treasury “MOVE” index is higher today than the peak of the pandemic in March 2020.

Which is on the right track – stocks or bonds?

Three key developments could give markets more direction on Wednesday:

– Flash PMI for US, Eurozone, UK and Australia (November)

– Inflation expectations from the University of Michigan in the US (November)