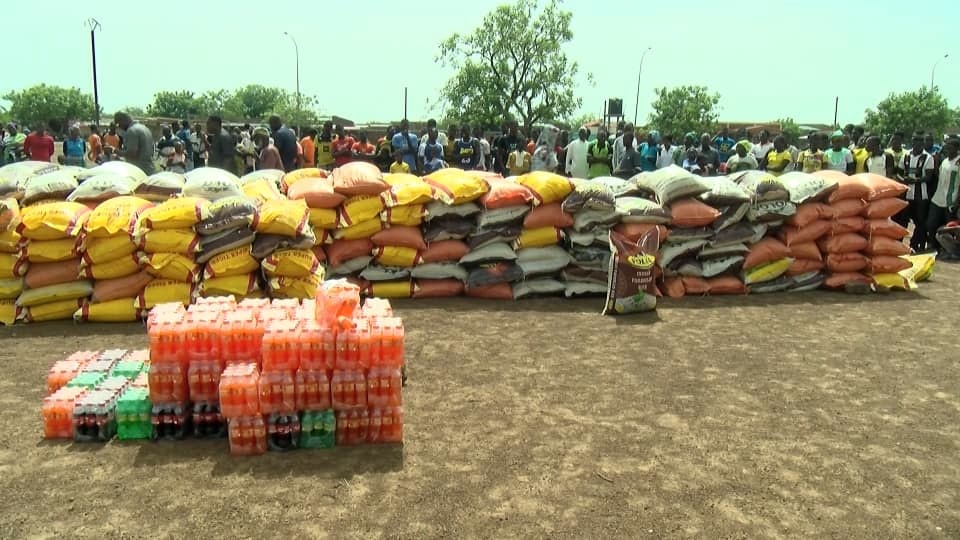 The security crisis in the Boucle du Mouhoun region, like other regions in Burkina Faso, tends to weaken coexistence and social cohesion. However, several measures are being implemented by the authority at the local level to reverse this trend.

Living in peace at home, going about your daily business, and living in the community are no longer the best things that are shared with some of the residents in Boucle du Mouhoun. The deterioration of the security situation in their areas led to a massive exodus of the population to the provincial capitals. Some of the displaced people preferred to go to Didugou, the capital of the region, where they believed it would be safer.

In the region, in addition to the actions taken by the government to meet the urgent needs of the internally displaced, initiatives have been taken to assist them. That is why local authorities, structures working in the humanitarian sector, political parties, non-governmental organizations and associations, as well as people of goodwill often provide assistance to the internally displaced through donations.

This ranges from donating food, shelter, clothing, beds and places in primary and secondary schools to enable internally displaced students to continue their education. Some goodwill outfitted the premises which they made available to the pupils and their teachers in the face of over-employment. New shelter sites have also appeared to allow the displaced to live in dignity. All these measures made it possible to give them a smile, but also to promote social cohesion and coexistence in the region.

One of the gestures that is sure to sway morale came from a political party. We remember that on the occasion of the Tabaski festival on July 9, in the pied-à-terre of the chief of Faso where the IDPs of Bourasso live, the PPS, to show them its solidarity, gave them more than 40 tons of rice, 20 oxen and many other food kits.

Needless to say, this gesture made these displaced people feel part of the celebration in this crisis situation. To this gesture, we must add the numerous donations of food and infrastructure from OCADES Caritas Burkina for the relief of the displaced in the region.

Another no less important gesture to remember is the donation of clothes, mats and food from the Badnya Association for the benefit of the displaced in Durola municipality on August 20. What must be emphasized is that, in addition to these various donations, the messages conveyed by these donors raise awareness of community life, call for coexistence and strengthen social cohesion.

In short, since the beginning of the security crisis, several measures have been implemented and are still ongoing in Boucle du Mouhoun in favor of the internally displaced. Something that enhances living together and strengthens social cohesion.