While the semiconductor shortage still exists and the autonomous car slowly comes to the fore, TSMC will increase its production capacity of “mature” nodes to serve these markets. And along the way consolidate your dominance of the sector a little?

While ultra-fine 2nm engraving is essential for future smartphones, this type of technique doesn’t lend itself to chips poised for a tech revolution: the autonomous car. To meet the demands of this future market, where technical elements could account for more than 20% of the car price by 2030, TSMC will build factories to increase its production capacity by 50% in three years. No fewer than four sites are under construction, the most famous being the future Kumamoto factory built in collaboration with Sony (Fab 23 Phase 1). Site to which three new fabs will be added at existing sites: Fab 14 Phase 8 (Taïnan) and Fab 22 Phase 2 (Kaoshiung) in Taiwan, and Fab 16 Phase 1B in Nankin, China.

Why so many fabs? Because when we talk about our future connected/autonomous cars, we plan to integrate up to 1,500 chips! And why not use the existing factories? Aside from being in the midst of a shortage of chips (and cars in particular) and the connected car promising market expansion, we need to remember that a car is not a smartphone.
Temperature limitations—and differences in those temperatures—have nothing to do with it. These are also not critical: if your smartphone application crashes, restart it. An application in charge of correcting your car’s trajectory should never crash! 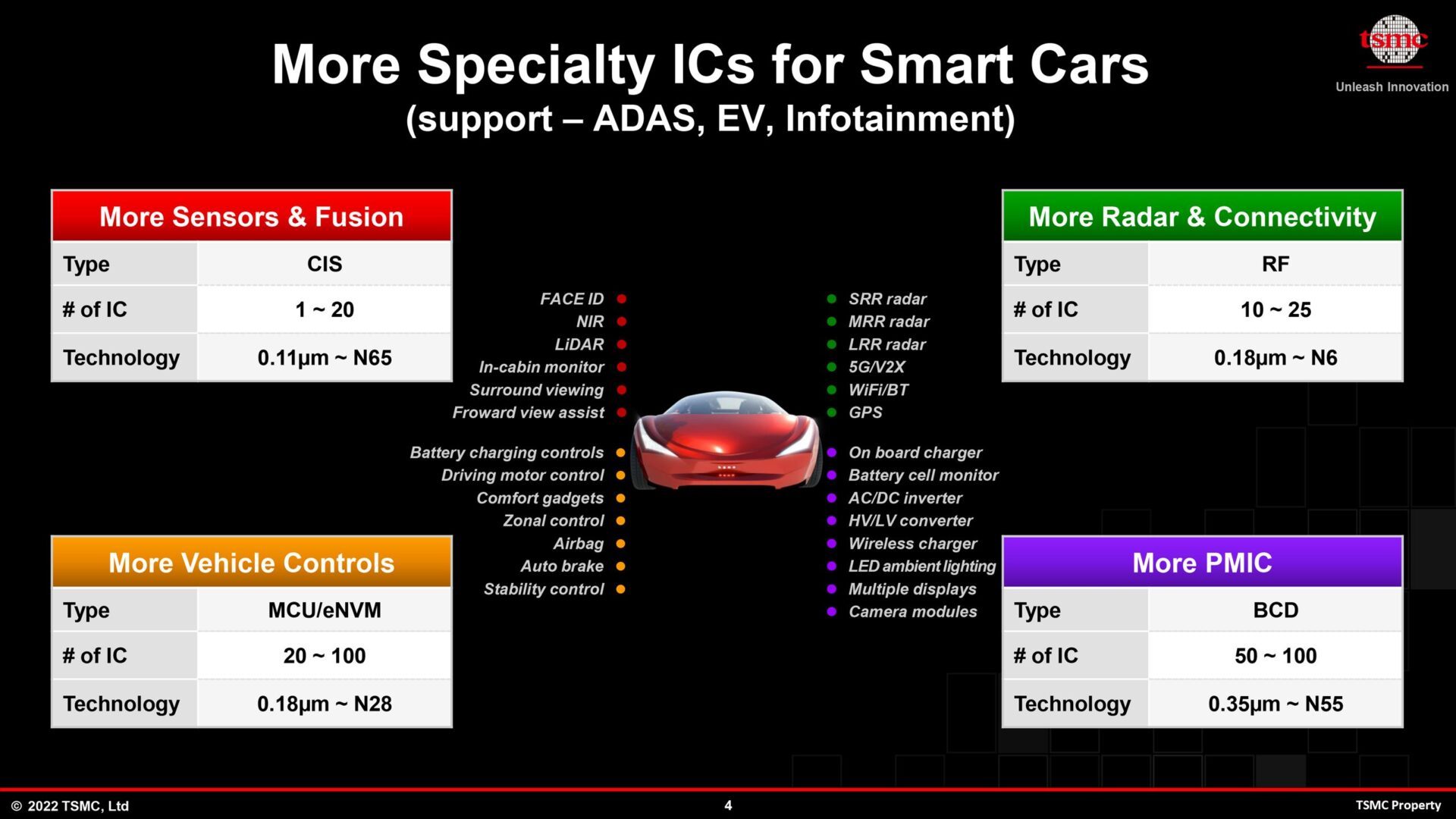 The manufacture of “safe” automotive chips also requires “safe” production processes. Understand here that they have been validated along, across and across, at -20°C in Helsinki as well as at full throttle in Villenave D’Ornon. However, it takes years to validate a process for manufacturing electronic chips. And so it came about that the ” node » Production of the vast majority of car chips, so they have nothing to do with IT: Depending on whether they are LEDs, camera modules, airbag control, LIDAR, etc. Demand starts at… 350 nm! Bulk processes oscillating between 65 nm and 28 nm. However, some chips, especially around telecommunications (5G), require more modern processes such as 6 nm (especially because the know-how comes from the SoC chips of smartphones, for which modems are primarily developed).

The expansions at the four Asian sites, thus adding 50% more production capacity, will enable TSMC not only to respond to the market, but also to establish its dominance in the world.

While TSMC is the king of cutting-edge etching and has made a name for itself as a foundry of all-in-one chips for smartphones, the Taiwanese also want a bigger slice of the pie when it comes to other phone components. Many founders such as Global Foundries, Samsung or UMC compete with it on MEMS, image sensors, analogue chips etc. By increasing the production capacities of these nodes, TSMC can control an even larger part of the total chips of a terminal.

Better still, by supporting their customers both further node cut and node mature, TSMC becomes the privileged interlocutor to marry her (hybrid chips). But also to develop technologies and node as required: The IPs – i.e. the technological building blocks that are developed for target engraving finesse – are easier to migrate with the same partner than between several founders.